Dr. Allen Fienberg is adjunct Assistant Professor at The Rockefeller University and former staff scientist at the Genomics Institute of the Novartis Research Foundation, a Swiss-based foundation. After starting out as an undergraduate researcher, and then research associate, at the University of California, Berkeley in the late 1970’s and early 1980’s, Dr. Fienberg received his Ph.D. from Yale University in 1991. Following Yale, he joined Paul Greengard at The Rockefeller University in New York City, where he has remained for more than a decade.
Dr. Fienberg describes himself as a neuroscientist, primarily trained as a geneticist. During his time in Dr. Greengard’s lab, he has worked mostly on questions related to dopamine signaling systems. One of his greatest achievements there was the creation of a knockout mouse lacking one of the key dopamine-signaling proteins, DARPP-32. 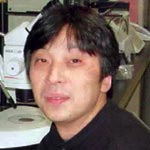 Dr. Akinori Nishi, M.D., Ph.D., is an Adjunct Professor in the Laboratory of Molecular and Cellular Neuroscience at The Rockefeller University and Assistant Professor of Physiology at Kurume University School of Medicine in Fukuoka, Japan. He pursued a Ph.D. at the Karolinska Institute in Stockholm, Sweden. He was a post-doctoral fellow at Dr. Paul Greengard’s laboratory at The Rockefeller University from 1995 to 1997, and has been an adjunct faculty member with the University ever since.

He joined the Department of Physiology at Kurume in 1998. Dr. Nishi has been studying the dopamine/DARPP-32 signaling pathway in the neostriatum, the receiving end of nerve fiber projections from dopamine neurons in the substantia nigra. He has specifically focused on how dopamine regulates the phosphorylation of the protein DARPP-32, and how the neurotransmitters glutamate and acetylcholine impact this signaling cascade. His findings in collaboration with the Greengard lab have been published in major scientific journals, including Science, Nature and PNAS.

Dr. Gilberto Fisone is Adjunct Professor in the Laboratory of Molecular and Cellular Neuroscience at The Rockefeller University and Laboratory Head and Associate Professor at the Karolinska Institute in Stockholm, Sweden. He trained in biology at the University of Pavia, Italy, and specialized in pharmacology at the “Mario Negri” Institute in Milan, Italy, studying neurotransmission in the basal ganglia. In 1986, he went to the University of Stockholm, Sweden, where he obtained a Ph.D. in neurochemistry, working on the role of neuropeptides in neurodegenerative diseases. In 1990, Dr. Fisone obtained a post-doctoral fellowship from the Swedish Research Council and joined the Laboratory of Molecular and Cellular Neuroscience, led by Dr. Paul Greengard at The Rockefeller University. Recently, he has started investigating the molecular basis of the abnormal involuntary movements (dyskinesia) occurring in Parkinsonian patients after prolonged treatment with the drug levodopa (L-dopa).