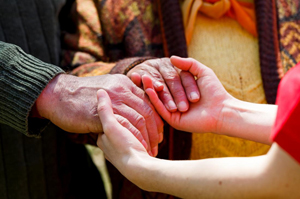 Parkinson’s disease is generally considered to affect the older population, however, it is estimated that 1 in 10 people are diagnosed with PD before the age of 50.

Parkinson’s disease affects both men and women but occurs about 50% more in men than women. The average age for the onset of PD is 60 years old, however 5 – 10% of cases, called “early onset,” begin as early as 40 years old. The National Institute of Neurological Disorders and Stroke estimates that close to 500,000 people in the United States have PD, although most other estimates run as high as 1,00,000 people.  Approximately 50,000 Americans are diagnosed each year.  The reason the numbers are approximate is that there is no set of guidelines to measure Parkinson’s disease and therefore, in this country, no national registry of cases.

People with PD have about the same life expectancy as the normal population, however complications during the late stages of the disease can lead to choking, pneumonia, and falls that can be fatal. The disease progresses at different rates in different people. A more severe progression is often seen in people who develop PD at an earlier age.